11 Famous Vegetarians In History + What We Can Learn From Them 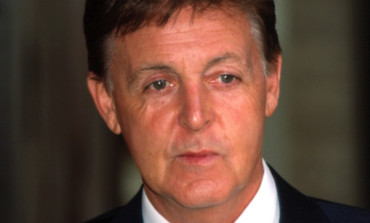 Last week Richard Branson, founder of Virgin Airlines, announced that he was giving up eating beef after studying its impact on the environment. This is not the first time an international thought leader has pronounced his love of a meat-free life.

In fact, important figures in history have eaten plant-based for thousands of years. What can we learn from famous vegetarians in history?

This Greek scholar, known for his math theorem lived over 2,500 years ago and ate a fleshless diet, called the “Pythagorean diet” until the word vegetarian became popular in the late 1800s.

He said “as long as men massacre animals, they will kill each other. Indeed, he who sows the seed of murder and pain cannot reap joy and love.”

Around the same time as Pythagoras, Siddhartha Gautama in India began a 25-year journey as a pauper, culminating in his enlightenment, or Buddha, in Sanskrit.

He embraced strict vegetarianism. He wrote that “it is more important to prevent animal suffering, rather than sit to contemplate the evils of the universe praying in the company of priests.”

Born in 1452, this Renaissance man was famous for his study of mathematics, anatomy, engineering, art, sculpture, and aerospace.

His vegetarianism has been credited to reading about the life of Pythogoras. He said, “my body will not be a tomb for other creatures.”

English author Percy Shelley may have become a vegetarian to be as different as possible from a father he loathed, but he became passionate about the topic and in 1813 wrote “A Vindication of Natural Diet.” There he challenged meat eaters to “tear a living lamb with his teeth and, plunging his head into its vitals, slake his thirst with the steaming blood.”

Another English author, Shelley is famous for her work Frankenstein and was a practicing vegetarian. She made the famous monster of her classic tome a plant-eater and wrote for him that “my food is not that of man, I do not destroy the lamb and the kid to glut my appetite; acorns and berries afford my sufficient nourishment.”

Trained as a lawyer, Mahatma Gandhi turned to civil disobedience to lead a forceful movement for Indian independence. One of his most powerful mentors was the Jain philosopher Rajchandra, who stressed ahimsa or extreme acts to avoid violence to living things. Gandhi wrote that “to my mind the life of a lamb is no less precious than that of a human being. I should be unwilling to take the life of a lamb for the sake of the human body.”

Author of Pygmalion, Shaw won the Nobel Prize in Literature in 1925. He attributes his vegetarianism to the influence of Shelley and to the economics of saving money on food during his lean years. He is most famous for saying “animals are my friends and I don’t eat my friends.”

He became the second vegetarian recipient of the Nobel Prize in Literature (after Shaw) when he was awarded this honor in 1978. He grew up in Eastern Europe and escaped Nazi oppression. He adopted vegetarianism in 1962, explaining that “when you slaughter a creature, you slaughter God.”

He is known for his humor and political activism, even entering the 1968 Presidential race. He was a student of Ghandi and wrote Dick Gregory’s Natural Diet For Folks Who Eat in 1974. He wrote that “Martin Luther King taught us all nonviolence. I was told to extend nonviolence to the mother and her calf.”

Few living figures are as well known as this Beatle who continues to perform music worldwide. Paul is known for his dedication to animal rights. He has done many ads for PETA and narrates a video with the famous line that “if slaughterhouses had glass walls, everyone would be a vegetarian.”

With a mop of hair recognized worldwide, Albert Einstein adopted vegetarianism toward the end of his life, indicating that he gave up fats, meat, and fish. It was his belief that man was not born to be a carnivore and he said forcefully that “nothing will benefit human health and increase chances of survival for life on earth as much as the evolution of a vegetarian diet.”

A plant based diet is increasing in popularity and in some countries is well over 10% of the population. Many modern icons such as Russell Simmons, Alicia Silverstone, Beyonce, Rich Roll, Hillary Biscay, Mac Danzig, Russell Brand, and Natalie Portman serve as role models for this movement.

Ultimately diet is a personal decision but even observing just a Meatless Monday can have a significant impact. The positive impact of the growing plant based movement is a bright spot for the world.