5 Powerful Reasons To Eat A Plant-Based Diet: A Cardiologist Explains 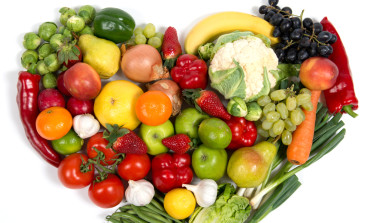 It’s much easier to study a drug than a diet. With proper study design, a new medication can be studied and compared to a placebo. Within a short time, results will show if the medication is having an impact, and if it’s good or bad.

Studying a diet is more challenging: it’s difficult to ensure that all the study participants are adhering to the program, and diets are difficult to maintain for long periods of time.

Because of this, scientists often resort to observations about various diets (rather than scientific studies) to guide us in choosing an optimal diet.

One gem, which is relatively hidden from mainstream conversations, is the Adventist Health Study. A principle of the Seventh Day Adventist (SDA) church is to eat a vegetarian diet, and about half of SDA followers do that to some degree, with about 10% choosing a vegan diet.

Beginning in 1958, scientists have taken detailed diet histories and followed the health of tens of thousands of SDA members. Because they are similar in many other respects, SDA members have provided a valuable natural experiment in diet and health.

In the last 12 months, several important observations have emerged in peer-reviewed publications from a phase of the study beginning in 2002 involving over 96,000 men and women in the SDA church, who were followed for six years to date.

Here are 5 powerful lessons about SDA members from this study:

An earlier phase of the SDA study found that eating a vegetarian diet with plenty of nuts added five years to one’s life. This new phase found that vegetarians lived longer than non-vegetarians in the SDA population. SDA members who consumed fish had the lowest mortality, followed by vegans and lacto-ovo-vegetarians (milk and egg eaters) and finally, the meat-eaters.

In the same SDA study, cancer rates were available for over 69,000 of the study members. Cancer risk was significantly lower among vegetarians, with vegans having by far the lowest risk of cancer.

3. Vegetarians were less likely to die of heart disease than non-vegetarians.

In the full group of over 96,000 participants, vegetarians enjoyed great freedom from deaths due to cardiovascular disease, with a 50% reduction in vegan men. Longer follow-up of women will be needed, as they enjoy lower overall heart deaths rates at the average age of the SDA study.

Over 41,000 SDA participants had data for diabetes. During follow-up, over 2% of non-vegetarians developed diabetes compared with 0.5% of vegans and approximately 1% of other vegetarian types.

5. The vegetarians had lower blood pressures than non-vegetarians.

In a sub-study of white and black SDA populations, average blood pressure was lower for vegetarians, and was the lowest of all for vegans.
So what does this mean for the rest of us?

The Adventist Health Study is not a randomized diet study, and I can already hear the critics crying out, Correlation does not imply causation! There will never be a study this large and for this long performed in a randomized manner. Yet daily, we’re faced with choices about food. Apple or donut? Ice cream or grapes? Fries or broccoli?

These and dozens of other daily decisions send information to our cells and our genetic inheritance that favor health or disease (ie. inflammation, glycation, methylation, oxidation).

If we are determined to promote healthy lives for ourselves and our families, the Adventist Health Study provides lessons to guide our search for optimal health. As Ann Wigmore said decades ago, “the food you eat can either be the safest and most powerful form of medicine or the slowest form of poison.”