Are Eggs Healthy Or Not? A Cardiologist Explains 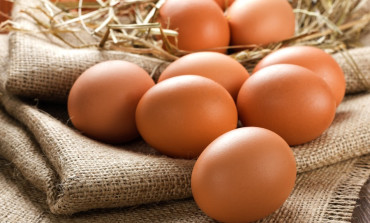 A close friend remarked to me recently that we can put a man on the moon, but we have absolutely no idea what to feed him! While that might be a bit of an overstatement, if you want to have fun one day, walk into a meeting of cholesterol experts discussing heart disease prevention and shout, “Eggs are bad for the heart!” The ensuing maelstrom would make the food fight in Animal House seem tame!

When I counsel patients in my cardiology practice, I pass along the latest and most credible information on wellness and disease prevention. When it comes to egg consumption, I have a lot to say, most of it not-very-flattering.

And I’m not alone. In 2011, the US government published the Dietary Guidelines for Americans and included eggs among the “foods to reduce.” Eating up to one egg a day (including those found in breads and baked goods) was considered acceptable for healthy folks, but in patients with heart issues or diabetes, the recommendation was to eat less than 0.4 ounces a day. (That’s about ¼ of an egg.)

Not a glowing endorsement. Also, I imagine it’s hard to scramble ¼ of an egg!

In October 2012, a team of medical researchers led by Dr. David Jenkins (the creator of the glycemic index), decided to investigate eggs. Using ultrasound, they looked at the amount of plaque found in carotid arteries in the neck in over 1,000 people. Patients who ate more than three eggs a week had increased plaque compared to those who ate two or less eggs a week, even after other risks like smoking were factored in.

In January of this year, Chinese researchers looked at 17 studies on eggs and health. They found no overall relationship between egg consumption and heart disease. However, among people with diabetes, those whose egg intake was highest had 1.5 times the risk of heart disease compares to those who ate the fewest eggs.

Finally, in the last few weeks, data from the Cleveland Clinic has made headlines around the world. It began with a report that red meat contains carnitine, which can be converted to a chemical in the blood called TMAO. Earlier research has shown that TMAO may lay down new plaque in arteries, leading to heart attack, stroke, and death. However, in order to convert carnitine from red meat into TMAO, it requires bacteria in the gut. Only omnivores created TMAO, the vegans studied did not, because they had different kinds of bacteria living in their bowels.

Last week, the Cleveland Clinic group presented more data, focusing on the effects of eating two hard-boiled eggs. Eggs are a rich source of choline, a nutrient in the B-complex family. Choline has many important roles in maintaining health including making membranes of cells, supporting low levels of homocysteine, and as a precursor for acetylcholine in the nerves.

However, in the new Cleveland study, eating two hard-boiled eggs led to a rise in TMAO in the blood within minutes, just like eating red meat. This was again found to be dependent on the intestinal bacteria found in the average omnivore.

Finally, they looked at over 4,000 patients who’d had a heart catheterization and the higher the TMAO level, the greater the chance of heart attack, stroke, or dying over follow-up for three years.

So can we eat eggs?

Eliminating eggs over concern about the way they’re produced is reason enough for many to never eat an egg. It’s a cruel and dirty industry. (Check out the documentary Vegucated for more info about the concentrated animal feeding operations (CAFOs), which house 280 million hens in filthy conditions.) The environmental impact of raising so many hens on air, water and soil quality is also alarming.

Ultimately, the choice of whether or not to eat an egg is up to you, but I would not advise it to my diabetic and heart patients. If I may make a recommendation to the yoga crowd, the best use of your three-minute egg timer is to use it as you hold a plank pose while steaming some kale for lunch.