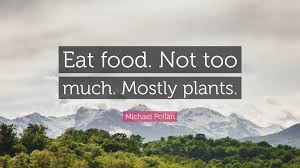 I recently gave a presentation to the largest nutrition support group in the USA, the Plant Based Nutrition Support Group, on the topic of how to evaluate nutrition science. I was honored that following me the celebrated T. Colin Campbell, Ph.D., author of The China Study, spoke on his decades of federally funded nutrition research focusing on casein in dairy as a facilitator of cancer cell growth.

Parallel to academic talks that I give and my disease reversal clinic, I am involved in social media, have my own podcast, and grieve for the plethora of nutrition fads that appear as accepted science due to the worldwide platform that the Internet affords. Yesterday I was listening to Rich Roll interviewFrank Lipman, MD and Dr. Lipman pointed out that Twitter was the place where “angry older men” debate. I agree and have felt an obligation to point out fad trends with weak scientific support like the current all-carnivore diet and even the animal based ketogenic diet. So how do you evaluate a trend or a fad that makes headlines and slims down a Hollywood headliner? Is it safe, likely to promote health long term, and prevent frequent health issues like heart disease and cancer?

Two leading scientists have offered surprisingly similar structures to use to evaluate nutrition science in terms of longevity and metabolism. One is Valter Longo, Ph.D, author of the Longevity Diet, creator of the Prolon fasting mimicking diet, and internationally known leading academic researcher. In his book, he teaches the Five Pillars of Longevity as a format to evaluated food trends. For example, does the hot ketogenic diet have support from areas of excess centenarians, like the Blue Zones (no), from biochemistry of cell aging (no), from randomized and epidemiological studies (little), and from the study of complex systems including the environment (no, particularly in view of the new report from Oxford University regarding the advantage of a plant diet and the survival of fragile ecosystems on the planet). When Dr. Longo was asked by Rich Roll on his podcast if he favored the ketogenic diet trend he answered no, “the Pillars, half a pillar at most”. In fact, in his book, Dr. Longo dismissed the entire ketogenic diet in one short paragraph as a trend without support.

The other leading scientist is Nobel Prize Laureate Michael Brown, MD who was awarded this high honor in 1985 for his research on the LDL receptor and cholesterol metabolism (I began cardiology fellowship at his institution, University of Texas Southwestern Medical Center in Dallas in 1986 and sat in his lectures). Recently, Dr. Brown delivered a lecture titled “A Century of Cholesterol and Coronaries” and described a method of evaluating the literature he called the Four Lines of Evidence. These 4 lines are remarkably similar to the Pillars introduced by Dr. Longo. Together they provide a framework to consider new information in a meaningful and big picture way.

My suggestion is that the next time you read about an “all meat diet”, a new fasting program, or even a new supplement, pause and consider the Five Pillars of Longevity and the Four Lines of Evidence. In most cases, you will conclude that there are widespread areas of agreement on nutrition such as Michael Pollan’s “eat food, not too much, mostly plants” or the credo of the True Health Initiative calling for a “diet comprised mostly of minimally processed, generally plant-predominant foods in time-honored , balanced combinations”.