Is Your Breakfast Killing You? 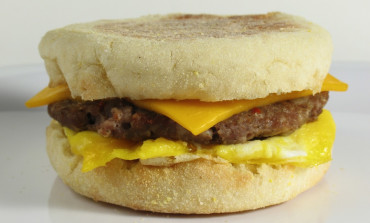 As a cardiologist, I’ve seen young and old people suffer tragic illnesses and even death too many times in the past 20 years.

Ever wonder why diabetes, arthritis, obesity, Alzheimer’s, cancer, heart disease and depression are increasing in a world loaded with medical technological miracles?

Look no further than what 20% of Americans are eating for breakfast every day: a sausage on a white flour bun with an order of hash browns, typically served in a white paper bag.
Let me tell you what happens in the 60 minutes after eating this form of food suicide.
Inside every artery is a single cell lining called the endothelium. Its job is to keep arteries wide open, free of clots, and provide maximal blood flow to important organs.
Within 60 minutes of eating a breakfast sausage and hash browns, the endothelium essentially malfunctions for the next 5 to 6 hours. What this means is that blood vessels are less able to accommodate blood flow, are more prone to clotting, and get damaged. Over time, this leads to atherosclerosis, a hardening of the arteries.
Within 60 minutes of eating our little “Breakfast of Chumpions,” endotoxin is released into the bloodstream and remains there for hours. This poison, also called lipopolysaccharide, damages organs throughout the body.
Within 60 minutes after eating America’s breakfast combo, “Toll Like Receptors” are activated in both blood vessels and the lung, leading to artery and airway constriction. When these are stimulated, it activates a cascade of inflammation and injury.
You’re probably wondering: how do these organs get poisoned so quickly and for so long after a single meal of processed foods high in fat, sugar and salt?
It’s partly from the poor quality of the food itself. When the Cleveland Clinic pathology department performed an “autopsy” on 8 fast food hamburgers, they found only 12% of the burger was meat. The rest? Bacteria, parasites, and non-meat animal parts.
The body quickly reads this toxic brew as foreign and attacks it as an invader.
The second reason crap food leads to the body’s violent reaction is that it damages the gut, leading to bowel contents that leak into the blood stream and poison us.
Long ago in medical school I was taught by a bold professor that we kill the cows and the cows kill us.”
So…. want to optimize your odds of feeling vibrant, being free of medications, and avoiding the chronic conditions that are robbing millions of their health?
Drive past the fast food lane, wake up 5 minutes earlier to cook some steel-cut oats with walnuts, blast a berry green smoothie with rice milk, or eat some fruit.
Food is medicine or poison. I suggest you choose life-sustaining foods that heal.
Originally posted on MindBodyGreen.com