How Social Ties Can Save Your Life: A Cardiologist Explains 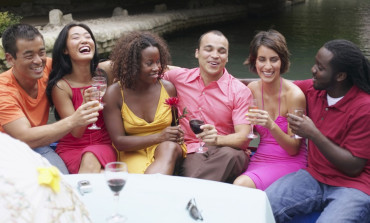 Since my days in medical school over 30 years ago, the town of Framingham, Massachusetts has taught thousands of physicians about heart disease and how to prevent it.

The long term study of over 6,000 residents of Framingham began in the late 1940s and continues to this day. In the 1960s, scientists used their decades of observations to report that smoking, elevated cholesterol, diabetes mellitus, high blood pressure, and family members with early heart disease could predict the development of heart problems. The Framingham Risk Score (FRS) served as an icon of preventive cardiology—by inserting just a few numbers into an online calculator, you knew all you needed to know about a person’s heart risk. The science was accepted and the case was closed.

Nearby, however, very different community was beginning to question whether the FRS had the final word on heart disease prediction.

Roseto (population: 1,600) is a town in Eastern Pennsylvania, settled by immigrants from southern Italy in the 1880s. For decades, the people of Roseto were able to protect their traditions and lifestyles from the old country. In the 1950s, the town began to gain notoriety when it was reported that deaths due to heart disease were dramatically lower than neighboring towns that were more typically “American.”

For example, in the nearby town of Bangor (population: 5,000), there were 79 heart attacks from 1935-1944, compared to just 9 in nearby Roseto. Although the two towns are just a mile apart, they continued to show the same dramatic disparity in congestive heart failure and overall death rates for the next few decades.

What did researchers observe to explain decades of almost complete freedom from heart events in Roseto?

Scientists could not explain it using the FRS. Roseto residents smoked cigars, worked in foundries, fried their meatballs, and ate cheese and salami with abandon. What they found was that life in Roseto was much different than surrounding areas.

Grandparents lived with grandchildren and many households had 3 or 4 generations under the same roof.  Strong ties brought community wide celebrations for life cycle events and religious ceremonies. No one was ever alone, no one was ever lonely, no one was ever without overwhelming support and friendships. There was no crime, no locked doors, and no need for social welfare activities by the government as people took care of their own.

Beginning around the mid 1960s, traditions began to crumble. Children began to move away, attend university, marry outside the community, bring meals in paper bags, and embrace American suburban life. The introduction of a Western lifestyle with long hours of work and social isolation, increased stress, and a processed food diet produced a quick jump in heart attacks and deaths due to atherosclerosis. Since then, Roseto has joined the melting pot of America and now suffers all of its chronic diseases.

Sadly, even today, it’s rare to see a medical student who has learned to inquire about a patient’s social support, circle of friends, family ties, and feeling of security. There is no Roseto Risk Score or anything quite like it to easily quantify and describe someone’s loneliness or connections.

What Roseto taught us is that we humans are social animals who fare best when we’re not alone or isolated. The price of modern society on our diet, our stress levels, our exposure to toxins, and also our loneliness has been high.

I have an admission to make. My favorite part of a yoga practice is when the yogi asks us to join hands with the person on the mat to our right and our left, even if we’re strangers. As we sway back and forth, whether chanting in Sanskrit to Girish or singing Let It Be, we build a community and protect our hearts from isolation.

Of course we shouldn’t smoke and we should eat plant-based diets, exercise regularly, and have a knowledge of our numbers (blood pressure, blood glucose, cholesterol and others).  Beyond that, for our health and for our heart, make it a point today to share a smile, give a hug, help someone resolve an inssue, and take a moment to appreciate a family member or co-worker by building a bond that fights loneliness.

If they wonder why you did it, just say you’re sharing the Roseto Effect and that they should pass it on.