SOY: LOVE IT OR HATE IT? 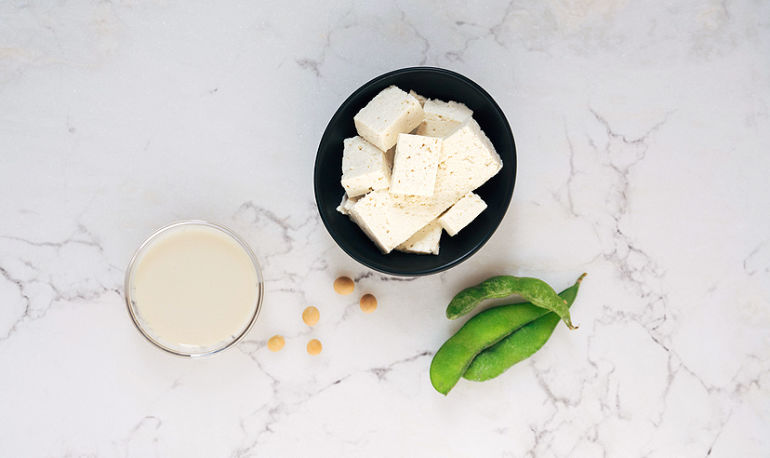 If you’re confused about whether soy, butter, meat, or dairy are good or bad for you, just follow the money, which is firmly in the hands of Big Food and the meat and dairy lobbies. A new documentary, What the Health, reveals shocking data about the funding by meat and dairy producers of programming for the American Diabetes Association, the American Heart Association, the Susan Komen Foundation, and other public health advocates. Sometimes it’s hard to know whom to trust when it comes to our health and proper nutrition.

The Soy Myth, or the word on the street that soy is a dangerous food that destroys your health, is almost as pervasive as the Protein Myth, which my friend Rich Roll wrote about in the past. And you should know that there is both older and brand-new data regarding soy and health that should put you at ease about eating organic tofu, edamame, and tempeh.

Chinese researchers studied 1,312 cases of first-time heart attack sufferers and 2,235 control subjects. An unhealthy dietary pattern increased the risk of heart attack while an increased intake of vegetables, fruits, and tofu were associated with a significant drop in heart attack rates.

A meta-analysis of men diagnosed with prostate cancer found that the risk of this serious disease was cut in half by regular ingestion of soy and soy isoflavones.

In southern China, 500 women with ovarian cancer were compared to 500 controls, and the amount of soy products eaten was assessed. Regular soy intake was associated with a dramatically lower rate of ovarian cancer with a dose-response relationship, meaning the more soy the women ate the lower their risk became.

6. Soy and overall mortality
The Singapore Chinese Health Study examined more than 52,000 men and women free of chronic diseases at entry between 1993 and 1998 and followed them all the way through 2011. During that time, there were more than 10,000 deaths. A pattern of eating a vegetable-, fruit- and soy-rich diet was associated with up to a 25 percent lower risk of dying during the study period and was also linked to fewer heart and cancer deaths.
7. New data on breast cancer survival

In an analysis performed by investigators at the Friedman School of Nutrition Science at Tufts University, the intake of isoflavones—the plant-based estrogen or phytoestrogen found in soy—was related to survival in over 6,200 women with breast cancer followed for almost 10 years. In the women who had estrogen-receptor-negative cancer, the group with the highest isoflavone (soy) intake had a reduction in all causes of death by 21 percent. In women with estrogen-receptor-positive cancer or on hormone therapy, soy had a neutral effect on survival and did not increase any adverse outcomes.

In an editorial accompanying this new research, Omer Kucuk, M.D., of the Winship Cancer Institute of Emory University, commented that “we now have evidence that soy foods not only prevent breast cancer but also benefit women who have breast cancer. Therefore, we can recommend women consume soy foods because of soy’s many health benefits.”

The lead study author, Dr. Fang Fang Zhang, added “for women with hormone receptor-negative breast cancer, soy food products may potentially have a protective effect. Women who did not receive endocrine therapy as a treatment for their breast cancer had a weaker, but still statistically significant, association.” The totality of data on soy is that it’s a far better choice than animal products and need not be feared. In my restaurant, GreenSpace Café, we serve organic tofu and tempeh and it is reassuring to know that the Soy Myth can be declared a true myth.