The Roseto Effect: The Amazing Power of Relationships for Heart Health 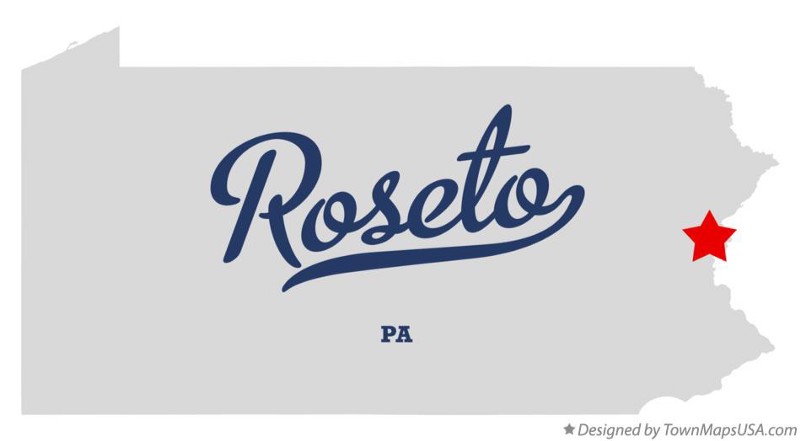 Most people have heard of the famous long term study of over 6,000 residents of Framingham, Massachusetts that began in the late 1940s and continues to this day. After President Roosevelt died of blood pressure related complications and President Eisenhower had a massive heart attack, the government started funding studies to identify why heart disease developed. In Framingham and other studies we learned that smoking, elevated cholesterol, diabetes mellitus, high blood pressure, and family members with early heart disease could predict the development of heart problems. The Framingham Risk Score (FRS) still serves as an icon of preventive cardiology. By inserting just a few numbers into an online calculator you can estimate your risk for future heart disease.

Are there more factors, maybe even “softer” factors, that also predict heart disease? There are and some of them relate to how many friends you have and other social factors. Some of the most interesting observations came from a town not all that far from Framingham. Roseto (population: 1,600) is a town in Eastern Pennsylvania, settled by immigrants from southern Italy in the 1880s. For decades, the people of Roseto were able to protect their traditions and lifestyles from the old country. In the 1950s, the town began to gain notoriety when it was reported that deaths due to heart disease were dramatically lower than neighboring towns that were more typically “American.”

For example, in the nearby town of Bangor (population: 5,000), there were 79 heart attacks from 1935–1944, compared to just 9 in nearby Roseto. Although the two towns are just a mile apart, they continued to show the same dramatic disparity in congestive heart failure and overall death rates for the next few decades.

What did researchers observe to explain decades of almost complete freedom from heart events in Roseto?

Scientists could not explain it using the FRS. Roseto residents smoked cigars, worked in foundries, fried their meatballs, and ate cheese and salami with abandon. What they found was that life in Roseto was much different than surrounding areas.

Grandparents lived with grandchildren and many households had 3 or 4 generations under the same roof. Strong ties brought community wide celebrations for life cycle events and religious ceremonies. No one was ever alone, no one was ever lonely, no one was ever without overwhelming support and friendships. There was no crime, no locked doors, and no need for social welfare activities by the government as people took care of their own.

Beginning around the mid 1960s, traditions began to crumble. Children began to move away, attend university, marry outside the community, bring meals in paper bags, and embrace American suburban life. The introduction of a Western lifestyle with long hours of work and social isolation, increased stress, and a processed food diet produced a quick jump in heart attacks and deaths due to atherosclerosis. Since then, Roseto has joined the melting pot of America and now suffers all of its chronic diseases.

Sadly, even today, it’s rare to see a medical student who has learned to inquire about a patient’s social support, circle of friends, family ties, and feeling of security. There is no Roseto Risk Score or anything quite like it to easily quantify and describe someone’s loneliness or connections.

What Roseto taught us is that we humans are social animals who fare best when we’re not alone or isolated. The price of modern society on our diet, our stress levels, our exposure to toxins, and also our loneliness has been high.

Another way to retain a bit of the Roseto Effect is to avoid loneliness and isolation. In a study presented at the EuroHeartCare 2018, researchers found that feeling lonely was a stronger predictor of poor outcomes than living alone.

The study investigated whether poor social network was associated with worse outcomes in 13,463 patients with ischemic heart disease, arrhythmia (abnormal heart rhythm), heart failure, or heart valve disease. Participants were asked “Do you have someone to talk to when you need it? Do you feel alone sometimes even though you want to be with someone?”

Feeling lonely was associated with poor outcomes in all patients regardless of their type of heart disease, and even after adjusting for age, level of education, other diseases, body mass index, smoking, and alcohol intake. Loneliness was associated with a doubled mortality risk in women and nearly doubled risk in men. Both men and women who felt lonely were three times more likely to report symptoms of anxiety and depression.

What to do? Cardiovascular disease remains the number 1 threat to your health and applying the lessons from Framingham, Massachusetts such as not smoking and knowing and normalizing your important lab biomarkers remains important. Our knowledge of what causes heart disease and what can be done to prevent it is continuously expanding. We are reminded of Roseto and considering the quality and quantity of your relationships may be a path to enhance all aspects of the quality of your life.