5 New Reasons To Avoid Phthalates + How To Limit Your Exposure 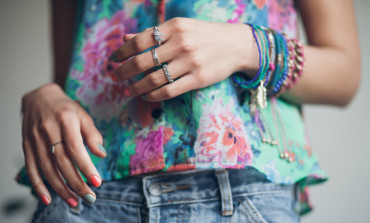 No, the sky is not falling. But we do live in a world where we’re exposed to enough potential toxins that it’s worthwhile to keep up to date on the hidden health risks.

In fact, exposures to environmental toxins have now been given a special name, the exposome, rivaling our genome and microbiome for importance. Over the years, DDT, dioxins, and recently BPA have captured headlines.

This year, though, it’s all about phthalates—a word almost impossible to spell and pronounce but definitely worthy of knowing because of their powerful ability to disrupt our endocrine systems.

Before jumping to the new scientific reports on these chemical toxins, it’s important to understand a little background. There are different types of phthalates, but the ones most discussed are an alphabet soup of DBP, DEP, DEHP, and DMP. They are typically used in plastic food and beverage containers, as well as in food production, perfumes, insect repellents, hair sprays, nail polish, deodorants, fragrances, air fresheners and laundry detergents, carpet, vinyl floors, shower curtains, raincoats, plastic toys, plastic car parts, and hospital IV tubing and bags. Meats, cheeses, and other dairy products can also have high levels of phthalates.

In fact, in random urine samples, over 90 percent of the American public had measurable amounts of some phthalates. In other words, you can run but you cannot hide.

Here are the recent scientific findings about phthalates that you should know about:

In a study of over 2,700 subjects published in April, elevated concentrations of urinary phthalates were found to be associated with a higher risk of metabolic syndrome. Metabolic syndrome is a constellation of abnormalities of blood pressure, blood sugar, cholesterol and waistline that raises the risk of full-blown diabetes, heart attack, and stroke.

2. They’re associated with a smaller penis size in babies.

In another study published last month, higher concentrations of phthalates in pregnant women during the first trimester were associated with reduced penis width in newborn male infants. Yes, you read that right.

Now let’s turn to grown-up boys. A new report suggests that the higher the urinary levels of phthalates in Hispanic and non-Hispanic blacks, the greater the risk of erectile dysfunction. In other words, men, pay close attention to your air fresheners and deodorants.

In a new study that will likely cause most women in their early 50s to shun perfume, higher levels of urinary phthalates were found to be related to hot flashes in menopause.

In a study that made headlines last month, people who often ate fast food had higher levels of phthalate metabolites than infrequent eaters. Those who ate the most fast food had the highest levels, and the grains and meat in fast foods were the most common sources of these toxins.

How to reduce your exposure to phthalates:

Although the medical science on the health risks of phthalates to infants, children, and adults is scary, our exposome is in part under our own control. We can eliminate exposure and body stores by making a few simple and consistent changes. Consumer action against retailers and manufacturers, along with legislation, will be necessary to drastically reduce our exposure to these toxins.

Whether you’re motivated by the risk of heart disease, diabetes, erectile dysfunction, or hot flashes, don’t delay. Get phthalates out of your life for your health—and then we won’t have to try to spell or say them anymore.