Can Cellphones Affect Your Heart Health? A Cardiologist Explains 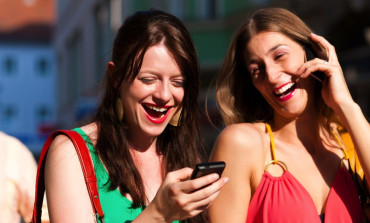 Every time I perform an electrocardiogram (EKG), which measures changes in the heart’s electric currents, I am reminded that our bodies are energetic structures.

This is why it’s worth considering how new technologies, including cellphones, affect the function of our cells. Without a doubt, cellphones can save lives. They enable quicker notification of emergency medical services, speed up transmission of medical records, and expedite the recording of an EKG for rhythm analysis.
But should we be worried about how cellphones affect the function of the heart, especially because so many of us carry these gadgets in our pocket right over our ticker?
Here’s what we know: electromagnetic energy emitted by cellphones appears to increase reactive oxygen species (oxidation or rust, a common mechanism of aging and disease), weakens cell membranes, and alters the handling of calcium in cells. A further concern under investigation is possible damage to the DNA in mitochondria, the powerhouse of all cells for energy production.
But …. Isn’t the government watching out for our safety around cell phones?
In 1996, the FCC established limits for safe exposure to radio frequency (RF) energy based on a measurement called the Specific Absorption Rate (SAR). In establishing SAR limits, the FCC did not conduct any research on cell phones specifically and did not examine any of the potential non-thermal effects of cellphones.
The 1996 FCC limits reflected six minutes of cellphone use per day in a man with a large body frame and head size. This didn’t account for smaller-framed men and women, or children. Or the fact that the average daily use of cellphones now exceeds 30 minutes.
Another concern is that the FCC data does not reflect the relationship between position of the phone user and the tower maintaining the call. The further a caller is from the tower or more shielded they are (for example, in a car or building), the higher the energy emitted from the gadget.
Driving and switching from cell tower to tower is particularly associated with high energy output surges from the phone. In recognition of the uncertainty of the health aspects of using cell phones, the maker of my iPhone (and yours) includes a legal statement under the tab “Legal” information which states “carry iPhone at least 10 mm away from your body to ensure exposure levels remain at or below the as-tested levels.”
Did you ever read that? Do you and your children do that?
What do we know about cell phones and cardiac health? (Not much)
Most well-maintained pacemakers and defibrillators are unaffected by cell phone usage, although during adjustments in a physician’s office or hospital, it’s routine to have cellphones off. Heart rate variability in healthy persons, a measure of cardiac nervous system function, has been shown to be unaffected by cellphone use.
Recently several pieces of information do raise some concerns worth sharing. Indian medical students were studied during a call. A 1-minute phone call raised the heart rate in chronic users of cell phones. The blood cholesterol levels were also higher in regular users. A similar study was just reported at the American Society of Hypertension meeting in May, which found that the ring of a cell phone caused blood pressure to rise on average by 8 mmHg.
Of more concern is a published study of patients with clogged heart arteries due to atherosclerosis. Over 100 of these patients had an EKG performed while a cell phone in the off position was placed at their waist and then over their heart. Then the EKG was repeated while the phone rang for 40 seconds at the same positions. Turns out that the cell phone ring caused higher QT levels, which is associated with heart rhythm problems.
So how can we use cell phones safely?
Keep your distance. When it comes to your health and energy exposure from cell phones or radiation, distance is your best friend. For example, in the catheterization lab where I perform heart procedures, I stand as far from the X-ray imager as possible (even though I also wear a lead lined outfit). As is recommended inside my cell phone (and probably yours), keep the phone as far as possible from your body.
Use a carrying case. Carrying a cellphone in your bra near sensitive breast tissue, in your left front pocket over your heart, or in a front pocket by your sexual organs is best avoided. (Sperm counts and function decrease when exposed to cellphone frequencies.) It may be time for the man purse to make a comeback. Put your phone in airplane mode whenever you can.
Use a headset whenever possible to increase your distance from the phone. Consider one of the radiation-reducing protective cell phone covers that can now be purchased and may reduce radiation exposure by up to 90%. Avoid holding a cellphone by your head while driving or in shielded areas where energy surges occur.
Eat your veggies! Keep your antioxidant levels high by eating a large amount of colorful plant based foods rich in vitamins and minerals. Minimize other sources of oxidation like smoking, chronic stress, poor sleep and processed foods rich in sugar, salt, and fats. Finally, taking high quality plant based vitamin rich supplement, whether a pill or a powder in a smoothie, to boost your antioxidant levels in your bloodstream and tissues is worth considering.
Originally posted on MindBodyGreen.com