Diet-Heart And New Markers For Atherosclerosis 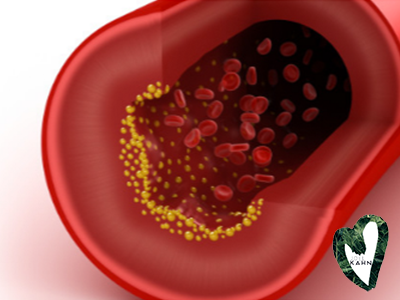 It has become fashionable in the last decade to question the diet-heart hypothesis that has been building for over 100 years and is based on hundreds of carefully performed controlled experiments in humans and animals. This hypothesis links dietary choices, mainly saturated fat intake, to elevated blood cholesterol and the formation of atherosclerotic vascular lesions and clinical disease. The concept that data was fudged or that the public was mislead is an erroneous mantra repeat over and over by bloggers. Recently, a massive review of leading authorities in cardiovascular prevention presented data on the efficacy and safety of statin cholesterol lowering medications further reinforcing that a lower cholesterol is in general better, whether by diet or pharmacology. I am doubtful however that this will quite the vocal skeptics continuing to promote diets high in saturated fat and their impact on blood cholesterol levels from quieting down.

Lost in the discussion of diet-heart was that it was never was proposed that dietary fats and serum cholesterol alone were the only causative factors in heart disease. Other factors such as smoking, exercise, glucose control, and blood pressure were always considered important risks for the development of atherosclerosis along with diet. As science progresses, new factors that promote atherosclerosis are being identified that, along with diet-heart, appear to play a role in the development of clinical vascular disease. We learned of two of these in recent clinical trials.

Determining the presence and quantity of coronary artery calcification (CAC) by CT imaging is a method that can be used to identify silent atherosclerosis. Researchers studied two biomarkers to see if they predicted CAC in asymptomatic patients with familial hypercholesterolemia. One marker was lipoprotein a or Lp(a), an inheritable form of cholesterol elevated in the blood of approximately 20% of individuals and the other was PCKS9, a protein the prevents receptors on the surfaces of cells to clear LDL cholesterol particle from the blood. In 161 patients with familial hypercholesterolemia treated with statins, PCSK9 levels were higher in subjects with CAC than in those without CAC. Similarly, Lp(a) levels were elevated more commonly in those with the highest CAC scores. In a multivariate analysis, the main predictors of a positive CAC score was age, gender and then levels of PCSK9 and Lp(a). Baseline serum cholesterol were not reported and the low levels achieved on statin therapy were not predictive of CAC.

The process of atherosclerosis is complex and includes multiple genetic and environmental influences. For over a century the role of cholesterol in plaque formation and the link between dietary fats with vascular obstruction has been studied. These two new studies indicate that in addition to determining serum cholesterol fractions, newly appreciated biomarkers may play a role in the development of atherosclerosis. As there are new therapies of both elevated Lp(a) and PCSK9 (e.g. PCSK9 inhibitors), the routine determination of the levels of these biomarkers deserves further consideration.