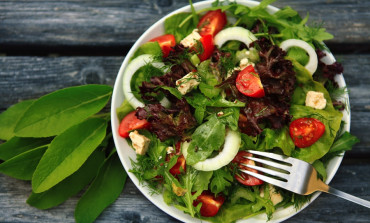 Making decisions about what to eat is a daily challenge we all face. And we’re blessed with abundance.

Should I eat more healthy fats? More protein at every meal? Grass fed beef, chicken, and lamb? Do I add extra butter, coconut oil, avocados, and bacon to nourish my body?

It would be easy if there were only one diet that was superior to all others in order to enjoy vitality and long years of health. While some authors have strongly sold the idea that there is only one such eating pattern, I disagree.

To figure how out to eat for health, it’s instructive to return to the Blue Zones, communities around the world (including Okinawa, Japan, and Loma Linda, California) with the highest concentration of centenarians, and where people typically live the longest.

Although the dietary patterns of Blue Zones vary, what they have in common is a high percentage of plant-based, whole foods that are low in fat.

Let’s take a look at the diet in Okinawa, Japan, the Blue Zone thought to have greatest longevity and freedom from chronic diseases. In 1949, studies showed that on average, 6% of the Okinawa diet was from fat. (Interestingly, this is about the same fat content as breast milk, a good source of nutrition for fast growing humans.) About 9% of calories were from protein and 85% of calories were from carbohydrates. IN fact, grains and legumes were the by far biggest staples of the diet, with a strong preference for sweet potatoes.

And how did all these carbs affect health?

Rates of heart disease were 80% lower compared to those in the US. Rates of breast and prostate cancer were 75% lower, and dementia 67% lower.

So what can we learn from this? Any dietary plan that doesn’t repeatedly emphasize this one simple step—increase calories from plants and decrease calories from animals—is missing the mark in terms of life span. Simply put, the P/a ratio (“plant to animal”) is an easy way to describe healthier eating patterns for all.

New data adds support to the idea that a simple way to judge any diet is the P/a ratio. For example, one study by European scientists carefully analyzed dietary records of more than 450,000 healthy people and followed them for over 13 years. What they found was startling: those who ate the mostly plant-based foods (on average over a pound a day) had death rates 15% lower than those eating fewer plants (less than half pound a day).

High vegetable intake was particularly good at lowering deaths due to heart disease. Among those with increased risk for heart disease (such as the obese, regular alcohol drinkers, and smokers), people who ate more plants fared better than their peers who didn’t. And folks who ate raw vegetables were even more likely to enjoy old age!

A second study just published from Sweden drives home the same point: a high P/a ratio is an easy, reliable tool to help you judge a diet. Over 71,000 healthy people were also followed for 13 years and in that time, over 11,000 died. People who ate five servings of fruits and vegetables a day, lived three years longer than those who ate none! Even eating just one fruit a day extended life by 1.5 years. As they say, an apple a day……

Dr. John McDougall, a 40-year pioneer in reversing chronic diseases with plant-based, complex carbohydrate rich diets, has lectured on the “food war” battles between authors proposing various dietary programs. My advice? If the first, second, and third thing out of anyone’s mouth is not “eat more fruits and vegetables, raw when you can,” be wary.

Perhaps Michael Pollan summarized it best on the cover of his book In Defense of Food: Eat Food, Not Too Much, Mostly Plants. Take a high P/a ratio to your mat and add years to your life.