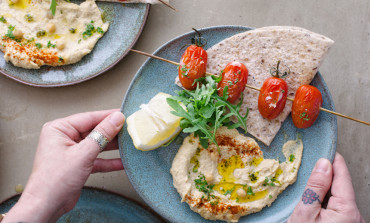 In this piece, renowned cardiologist Dr. Joel Kahn shares what you need to know about eating for optimal health. If you’re interested in learning more, check out his mindbodygreen class, Everyday Hacks for Long-Lasting Health: How to Eat, Move & Live for Longevity.

There seem to be more opinions on optimal eating patterns than there are stars in the sky. So when a major scientific contribution to nutrition comes out, it’s important to take note.

Such a report was published in a major medical journal this week: It’s the largest study ever comparing animal protein sources (red meat, poultry, fish, eggs, and dairy) with plant-based protein sources (bread, cereals, pasta, nuts, beans, and legumes). It examined over 130,000 participants, spanned 32 years, and was authored by some of the world’s leaders in longevity and nutrition (Dr. Walter Willett of the Harvard School of Public Health and Dr. Valter Longo of the University of Southern California). In other words: Before you express any opinion on what your breakfast, lunch, and dinner should comprise, you need to pay proper attention to this study first.

Here’s what you need to know:

What did the study look at?

A group of 131,342 participants in the Nurses’ Health Study and the Physicians Health Study was followed from as early as 1980 until 2012. They completed questionnaires about their dietary intake, and the follow-up rates were an amazing 95 percent. Overall, there were 36,115 deaths with 8,851 due to cardiovascular disease (CVD), 13,159 from cancer, and 14,105 from other causes.

What did the researchers find?

In short, the higher the intake of animal protein sources, the higher the rate of CVD and mortality. In contrast, those who ate more plant-derived protein had lower rates of mortality and, in particular, CVD deaths.

What else should you know?

The researchers calculated that opting for plant protein sources in place of animal protein would greatly reduce CVD deaths. They also found that switching from eggs to plant proteins was associated with a 17 percent drop in cancer deaths.

The strengths of the study were the large sample size, repeated dietary assessments, and high follow-up rates for up to 32 years. The weaknesses included the observational nature of the data.

The bottom line: Eat plants for your protein

Of course, it’s only a matter of time until counterarguments about the advantages of grass-fed and organic sources of animal meats, eggs, and dairy surface. But the data are robust, and the message is clear. Animal proteins, as found in meat, eggs, and dairy, are unaffected by the manner of animal husbandry and there are multiple pathways linking animal proteins to inflammation, disease, and death.

The time is now to limit or eliminate animal protein food sources in favor of the wide range of delicious and healthy substitutes found in every grocery store. We must replace our gluttony for eating animals with responsible and compassionate choices.