Farewell Alan Thicke And Friends: Test Not Guess Your Heart 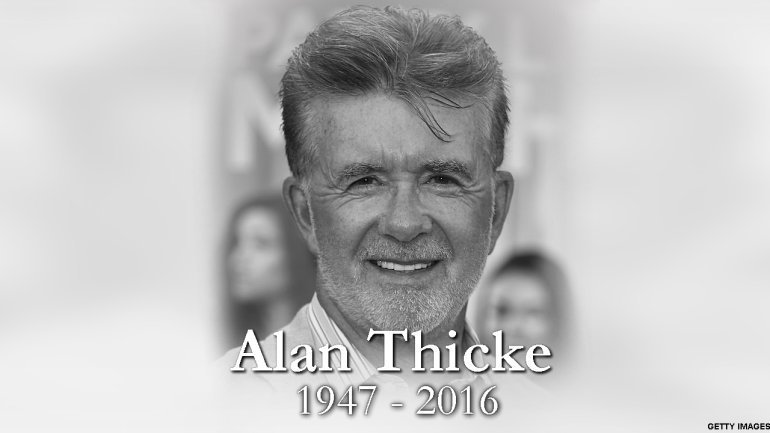 We learned last night that TV icon Alan Thicke had died at age 69. Mr.Thick had been playing hockey in Burbank, California with his 19-year old son Carter when he developed chest pain and vomited. He was transported to the hospital by emergency services and pronounced dead there of a heart attack. He is survived by his 3 sons Robin, Brennan, and Carter along with his wife Tanya.

It was just over 3 years ago that similar headlines announced that James Gandolfini, best known in his Emmy-winning role Tony Soprano, died. The 51-yr-old actor was on a family vacation in Rome. Gandolfini was found in the bathroom of his hotel room by his 13-year-old son, Michael, alive but in distress. Hotel employees attended to him until emergency crews arrived and took him to the hospital. He was pronounced dead at the hospital of a heart attack

And in March of this year the world was shocked by the death of comedian Garry Shandling in LA at the age of 66. His death of an apparent heart attack was concerning in view of the fact that he may have seen his physician the day before his death but did not make it to an emergency room for treatment.

I have no knowledge of the medical histories of Mr. Gandolfini, Shandling or Thicke, but I have cared for tens of thousands of patients in the office, hospital and catheterization laboratory diagnosing and treating coronary heart disease (CHD) for over 30 years. My focus now is entirely on the early detection of CHD, searching for root causes with advanced testing, and working to reverse the disease aggressively at any stage. There are lessons to learn from these tragic deaths. Could the deaths of these three gifted men have been prevented by earlier detection as described below? Was there a delay presenting to the emergency room, at least for Shandling, if he knew of silent heart disease by prior testing? What can we do different for the future starting today?

1) Coronary artery calcium score (CACS). A CACS is a one-minute CT scan of the heart arteries performed without injecting dye and without exercise. It is done in most major hospitals and is available for $75 in my area. It is the most accurate way to detect silent CHD even at the earliest stages. It is certain that in all three men a CACS would not have been zero if performed before death and may have alerted all involved to be on an intensive heart reversal program including plant-based diets, exercise, stress management and social support.

3) Inflammatory markers. Over a hundred years ago the concept that CHD was an inflammatory process was introduced by Rudolf Virchow and an increasing number of lab tests are available to assess this. In my clinic half a dozen inflammatory vascular markers are routinely assessed. At a minimum, knowing the hs-CRP and PLAC results give insight into the burden of inflammation and risk of imminent stroke or heart attack.

4) Genetics. We are on the verge of translating the success of the Human Genome Project in 2003 to daily use in the clinic. In my practice patients know their apo E and MTHFR genotype. Also, it is important to know the lipoprotein a level, an inherited cholesterol particle that is strongly linked to heart disease and death. While no one can help Mr. Thicke, Mr. Shandling or Mr. Gandolfini, we can use these unfortunate deaths to drive us to do more and change our approach to heart disease to a more aggressive stance. It is time we truly work for the attainable goal of heart attack free lives, a dream whose time is here right now. Test not guess your heart.