From The American Heart Association: Air pollution exposure may cause heart attack within an hour 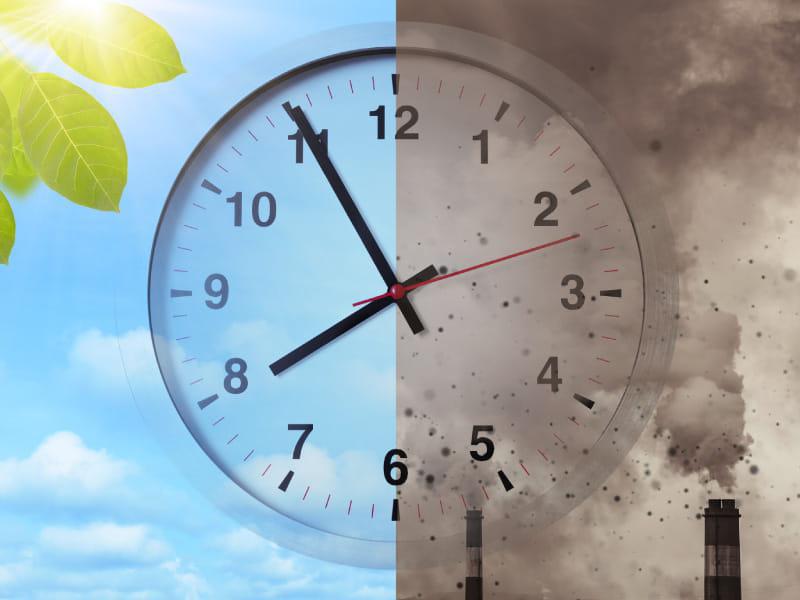 “Exposure to air pollutants – even at levels below World Health Organization air quality guidelines – may trigger a heart attack within the hour, according to a new study from China that found the risks were highest among older people and when the weather was colder.

The study found exposure to any level of four common air pollutants could quickly trigger the onset of acute coronary syndrome. ACS is an umbrella term describing any situation in which blood supplied to the heart muscle is blocked, such as in a heart attack or unstable angina, chest pain caused by blood clots that temporarily block an artery. The strongest risk occurred within the first hour of exposure and diminished over the course of the day.

“The adverse cardiovascular effects of air pollution have been well documented. But we were still surprised at the very prompt effects,” said Haidong Kan, a professor in the School of Public Health at Fudan University in Shanghai. He led the study published Friday in the American Heart Association’s journal Circulation.

“Another surprise was the non-threshold effects of air pollution,” he said. “In other words, any concentrations of air pollutants (such as fine particulate matter, nitrogen dioxide, sulfur dioxide and carbon monoxide) recorded in the present study may have the potential to trigger the onset of a heart attack.”

Exposure to fine particulate matter – microscopic solids or liquid droplets that come from automobile emissions, power plants, construction sites and other sources of pollution – has been unequivocally linked to heart disease, stroke and other health issues, as well as 4.2 million premature deaths worldwide. These particles can be so small that when inhaled, they may go deep into the lungs or even the bloodstream.

Short-term exposure to any level of fine particulate matter, nitrogen dioxide, sulfur dioxide and carbon monoxide was associated with the onset of all types of acute coronary syndrome.

As levels of the studied pollutants rose, so did the risk for heart attacks. Exposure to nitrogen dioxide was most strongly associated, followed by fine particulate matter, and was most dangerous during the first hour following exposure. The link was strongest among adults age 65 and older with no history of smoking or other respiratory illnesses and for people exposed during the colder months.

“The cardiovascular effects of air pollution should be a serious concern for all, including policymakers, clinicians and individuals,” Kan said. “For policymakers, our findings underline the need of further tightening air quality standards, more stringent air pollution control and prompt public health response.”

The study is the first to establish a link between pollution exposure and heart attacks on an hourly basis, said Dr. Sanjay Rajagopalan, director of the Cardiovascular Research Institute at Case Western Reserve University in Cleveland. Rajagopalan was not involved in the study.

Rajagopalan co-authored an AHA scientific statement in 2020 about how to reduce exposure to air pollution. Strategies include closing windows and using portable air cleaners and built-in air conditioning filters, as well as personal air-purifying respirators that cover the nose and mouth for people at high risk.

Properly fitted masks, such as those used to prevent the spread of COVID-19, also can help, Rajagopalan said.

“One of the silver linings of COVID-19 is the widespread use of N95 masks,” he said. “These are very good at reducing particulate exposures. They will stop you from inhaling them.”

Though this study was done in China, which has some of the worst air quality in the world, the findings still are meaningful for other countries, Kan said.

The fact there was no threshold of pollution – no minimum that was safe – suggests the findings can be applied to countries with lower levels of air pollution, such as the U.S., he said. “However, the effects of specific air pollutants on ACS need to be replicated given the apparent differences of air pollution characteristics and population vulnerability.”