If Harvard Says Cut Saturated Fat for Your Heart Health, What About Coconut Oil? 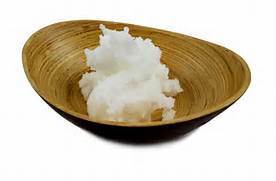 Are you confused about what to eat? What is safe? What is heart healthy? I feel your pain because headlines, and sometimes the limited science, can leave your head spinning. Coconut oil as well as other tropical oils like palm oil is one of the topics that could get a food fight going quicker than John Belushi screaming it in Animal House. You can find a respected researcher and department chair who recommends the limited use of coconut oil and you can also find others advocating its health benefits (with surprisingly sparse literature references). So what are you to do if you have heart disease or want to avoid the #1 killer in the Western world, heart disease?

A recent series of studies from the Harvard School of Public Health have convincingly shown that substituting vegetable oils containing polyunsaturated fats (PUFA) in place of saturated fat rich food sources like butter and lard have impressive benefits. A quick review of these Harvard studies indicates:

1) In over 115,000 subjects, removing as little as 1% of calories from saturated fat and replacing them with PUFA, plant protein, whole grain carbohydrates (think brown rice), or monounsaturated fats was associated with a reduction in the risk for developing heart disease.

2) in over 130,000 subjects followed for decades, substituting dairy foods rich in saturated fatty acids with monounsaturated or vegetable oil sources was associated with a reduction in developing overall cardiovascular disease including stroke.

In view of these large and long-term observational studies, what can be recommended regarding tropical oils like palm and coconut that are 86-92% saturated fat respectively? Are they different than animal sources of saturated fats and therefore safe? Are they even beneficial for heart patients? One approach would be to consider the effects of tropical oils on blood cholesterol fractions as a higher LDL cholesterol and a lower HDL cholesterol is associated with increased heart disease risk. In a recent review using this analytic approach, the conclusion was that replacing coconut oil with PUFA like vegetable oils would be expected to reduce risk factors for heart disease.

In a recent analysis of the global burden of heart disease analyzing millions of deaths worldwide, the use of tropical oils like coconut oil was assessed. Overall, non-optimal intake of saturated fatty acid containing foods was estimated to result in 250,000 deaths annually worldwide. Specifically, tropical oil-consuming countries were estimated to have the highest saturated fatty acid heart disease mortality rate.

While we have no studies on tropical oils and vascular disease progression measured by cardiac catheterization, carotid ultrasound, intravascular ultrasound, or CIMT, there is a study that measured vascular function and events in a small sample of heart patients. These stable heart patients were asked to cook with either coconut oil or sunflower oil and followed for 2 years. There we no significant differences in the two groups during the follow-up period. However, there was no direct measurement of arterial health either.

So what are we to do with coconut oil? I advise my patients with heart disease to avoid tropical oils including coconut oil as part of an overall strategy to reduce dietary saturated fats. The data is just too strong that heart risk including death can be lowered by avoiding fat calories from butter, full fat diary, chicken with skin, along with coconut and palm oil. Similarly, in patients with risk factors for heart disease like diabetes mellitus, smoking, hypertension, obesity and high cholesterol, I counsel patients to avoid being swept up in the coconut oil fervor and to avoid its use. What if you are healthy and fit into none of these heart groups? I would offer up the opinion of the Chair of the Harvard School of Public Health which is to use “coconut oil sparingly” until further and more definitive research on its impact on arterial disease and overall health is available.