Why You Should Listen To Music When You Exercise: A Cardiologist Explains 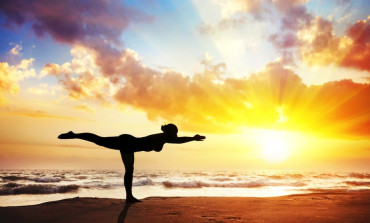 Ever since I was a child, I’ve found that a wide spectrum of musical styles speak to my soul. (I have even co-produced a Broadway musical as an offshoot of this lifelong fascination with music.) But can music really open a closed heart? New researchactually supports that it can. Scientists in Europe presented data this month on music and the heart using very sophisticated tests of artery function.

They found that exercising while listening to joyful music that increased feelings of happiness and relaxation for 30 minutes was superior to exercise alone in improving markers of artery health.

Just listening to music improved artery function but not as much as when combined with exercise. It was hypothesized that joyful music during exercise may release an extra dose of endorphin “feel good” hormones that then effect arteries to make more nitric oxide and resulting vessel relaxation. Prior studies have shown that music lowers blood pressure, reduces anxiety, and reduces the need for pain medications after surgical procedures.

We probably all have our favorite playlists that could qualify as a joyful list but I have added some new ones that I have encountered recently to some older favorites. The list reflects my recent introduction to kundalini yoga and my appreciation for the spiritual music found within that practice.

A long time ago, I’d turn up the record player to the max and listen to Bruce Springsteen sing “it’s not your lungs this time, it’s your heart that holds your fate.” Fast forward 37 years and we have elegant science to confirm that this is true. Music can open and heal hearts.