Before & After: Plant-Based Diet Success Stories 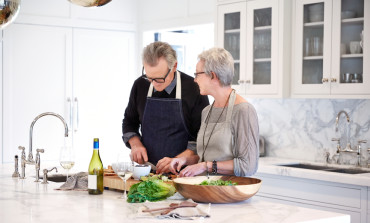 You can read study after study extolling the benefits of a plant-based diet, but sometimes the best way to become convinced of a lifestyle’s efficacy is to see real-life examples of it.

So I wanted to share the stories of four patients who successfully improved their health by switching to a plant-based diet. All of them gave their permission to be featured here.

“My weight hit 274 pounds on my 5’7” frame, my joints were aching from the statin drugs used to lower my cholesterol, I was winded walking up stairs, and I was taking blood pressure medicine that wasn’t working all that well. I’d tried dieting on my own, including counting points, high protein, low fat, low carb, etc., but whatever weight I lost, I would just put it back on plus a few more for good measure.

“After reading daily information that Dr. Joel Kahn was putting on the web about the plant-based lifestyle, I bought a vegan cookbook. I bought new items like kale, quinoa, steel-cut oats and farro, and started cooking.

“It’s been 13 months since that start date. I rarely exercise, but my waist went from a 44 to 34, my neck went from 18.5 to 17 inches, and I lost 76 pounds. My blood pressure normalized and my cholesterol numbers got into a very healthy range. I stopped taking the cholesterol medicine, and sure enough the numbers got even lower! I can go up and down stairs without getting winded, my face lost its red color and my aches and pains are gone. Fruits, vegetables, seeds and nuts are much cheaper per pound than meat, fish and poultry, so it’s a win-win! I eat as much as I want and as often as I want and continue to lose weight. Ironically, I don’t need to eat as much to feel full as I used to either. An apple or a pear will do the trick.

“For me, this has been easy. Dr. Caldwell Esselstyn from The Cleveland Clinic says ‘obesity is a foodborne illness’ and I think I am cured. I even started to blog about my progress and recipes.”

“My quintuple heart bypass surgery in 2007 led to years of taking medications for high blood pressure, high cholesterol, and insulin for type 2 diabetes. Raised on the typical Western diet, my regular fast-food visits had taken a toll on my body. In 2014, after meeting with my new cardiologist, Dr. Joel Kahn, and inspired by fellow West Bloomfield resident Paul, I agreed to try a whole foods-plant based diet.

“The challenge for me was finding enough diet-compliant foods that I’d enjoy, not being much of a cook myself. I converted to plant-based eating in stages, over a few months, the first stage being eating meat just once a week. Daily tracking of my ongoing weight loss and drop in blood sugar numbers provided continuing motivation.

“In a little over two months, my blood sugar remained in the 80s to 90s range, and I was able to discontinue my insulin. Blood work at my doctor’s office also indicated my total cholesterol had dropped over 100 points, and my triglycerides level was cut in half! I’d also lost over 35 pounds, which gave me renewed energy and a new outlook on life! Plant-based eating has provided a cure — not just a management program — for diabetes!”

“I grew up at the tip of southern Texas with four brothers and three sisters. In high school, I thrived as a healthy athlete and earned a football scholarship to the University of Michigan. In those days I could eat whatever I wanted and did not have health or weight issues because I was so physically active. At 21 years old I was 6’2″ and weighed 305 pounds.

“During my years as a young adult I witnessed my mother’s battle with diabetes and its complications. She suffered from kidney failure, vision problems and heart disease. My sisters Carol and Sandra, and brothers Joe and Martin struggle with diabetes today. I began taking the diabetes medication Metformin in 2004.

“In late September or early October 2011, my in-laws gave my wife Kim and I a copy of Forks Over Knives. This video was so inspirational that after watching it I felt I had to give it a try. In less than two months I was off of all my medications. It’s been almost 3 years since I began my new lifestyle, and I’m proud to say that as of my last A1C reading, I am no longer diabetic.”

“I traveled to the Cleveland Clinic in early 2013 with chest pains to find out I had a blocked artery and two mostly blocked arteries. I had to make an immediate choice between bypass surgery and a heart reversal program they told me about there. I didn’t want to have surgery if I could help it, and instead I drove home and cleaned out my pantry.

“After donating about 95% of the food in my kitchen to charity, I switched to plant-based nutrition. For nearly two years I’ve learned how to cook meals with fruits, vegetables, legumes and whole grains without added oils. I’m on the hardcore stuff because I have a heart problem.

“I’ve lost 45 pounds and lowered my cholesterol from 298 milligrams per deciliter to 132 mg/dl. The standard range for total cholesterol is 120-200 mg/dL. The actual heartache which took me to the Cleveland Clinic went away in about two weeks. My heart stopped hurting. That’s amazing, isn’t it? I pass all my stress tests now, work out hard and play tennis again. I even founded a support group in Detroit to help others get the same results.”

After 25 years of cardiology practice, I’ve been so inspired by people like Paul, Allan, Neal, Marc and many others. For patients challenged by heart disease and diabetes, healthy weight loss using plant-based diets with no added oil is supported by the research of Nathan Pritikin, and Drs. Dean Ornish, Caldwell Esselstyn, Neal Barnardand John McDougall.

Other members of the Plant Based Nutrition Support Group without heart disease or diabetes have attained weight goals with plant strong dietary approaches that have been less “hardcore.” These diets are naturally low in added sugars and fats and rich in fiber and nutrient density and are in line with the new USDA nutrition guidelines favoring vegetarian healthy diet patterns.