Ranking Hospital Food: The Good, The Bad and the Very Bad 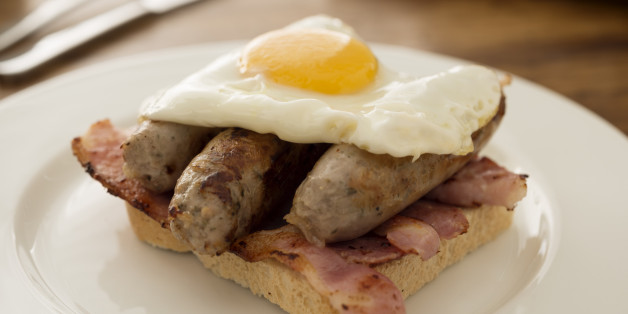 There is wide agreement that the quality and choices of food at most hospitals is abysmal. Patients are offended, their guests are confused, and the staff is overweight and suffering the chronic illnesses that are driving health care costs to sky high records while also reducing the quality and quantity of life. Although this perception is widespread, it is hard to quantify, and what you can’t measure you can’t change. Therefore, it is a welcome advance that a new report reveals some of the dark underpinnings of horrible hospital food choices.

The Physicians Committee for Responsible Medicine used state open records laws to obtain patient menus from 24 hospitals. They also obtained a contract between Chik-Fil-A and the University of Mississippi Medical Center, a contract between McDonalds and Broward General Medical Center, and a heavily redacted Wendy’s contract from Wexner Medical Center in Ohio (PCRM, personal communications). Want a taste of the language? The contract between Grady Memorial Hospital in Atlanta and McDonalds has a percentage rent so that the more burgers sold, the more money the medical center makes. The contract between the University of Mississippi Medical Center and Chik-Fil-A asks that the hospital “make every effort to increase the sales and business and maximize Gross Receipts.” The menu includes nuggets and biscuits with bacon/sausage/egg/cheese. I bet you do not see that on billboards promoting the medical center.

What about the rating of hospital menus? The Physicians Committee used a very simple scoring system to rate the menus. The menu was given 20 points for offering at least one serving daily of a vegetable, rice, or bean side dish. Another 20 points were assigned for offering at least one piece of fruit or fruit side dish daily. Twenty points were assigned for at least one daily whole grain or potato item. Finally, there were 2-4 points awarded for items like healthy soup options, soy milk, Meatless Monday programming, an on-site garden, a farmer’s market. If a fast-food outlet was at the hospital 3 points were deleted.

The Physicians Committee has launched a campaign to shame the 20 U.S. hospitals that host Chik-fil-A by hosting billboards and street kiosks that identify the conflict and show doctors inviting the public to check out a healthy website. Hopefully this program will be effective as there are signs of change. For example, the Cleveland Clinic, Children’s Hospital in LA, Driscoll Children’s Hospital in Texas, Memorial Regional Hospital in Florida, Riley Children’s Hospital in Indiana, and Abbott Northwestern Hospital in Minnesota have all either closed or are in the process of closing McDonald’s units. There are an estimated 13 McDonald’s in hospitals in the U.S., four with Tim Horton’s, and five with Wendy’s including the Detroit Medical Center where I am on staff.

Over 150 years ago President Abraham Lincoln declared “You can fool all of the people some of the time, and some of the people all of the time, but you cannot fool all of the people all of the time”. When it comes to the majority of hospital food that even a 5th grader would identify as unhealthy, I suspect none of the people are fooled. They are just trapped without options. It is time for hospital CEOs, administrators, and medical staff to take responsibility and become the teachers of health and nutrition that medical centers should be. A first step would be to ban processed meats, now classified as class 1 carcinogens by the World Health Organization. Banning fast food restaurants and options would be the next step. Introducing whole and fresh foods that heal and not harm must be the goal immediately.