The Telomere Effect and Touching Toes: Lifestyle for Anti-Aging 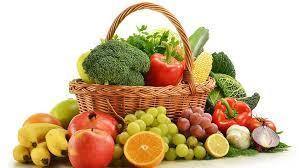 Is a yoga mat, a good nights sleep, and and plant-based lifestyle the fountain of youth? A new book by Nobel Prize laureate Elizabeth Blackburn, Ph.D., The Telomere Effect, suggests that the science indicates that this may be the case. For years, a huge goal within the scientific community has been to safely slow down aging and avoid chronic diseases. Theories of aging have abounded. In 2009, the Nobel Prize in Medicine was awarded to Elizabeth Blackburn, PhD and co-workers for describing how the caps at the end of DNA molecules called telomeres (often compared to the tips of shoe laces) protect our genes and determine the number of times a cell can divide: longevity. The team discovered an enzyme, telomerase, that maintains the telomeres. Lower amounts of telomerase and shorter telomeres are associated with shorter lifespans and chronic diseases. You can have your telomere length measured for about $300 if you want to know your true biologic age. Strategies to activate telomerase and lengthen telomeres are being studied as treatments for heart disease, cancer, and neurodegenerative diseases.

If you want to start lengthening your telomeres today and protect your chromosomes from aging, would you have to pay tens of thousands of dollars to go to a healing clinic, purchase a new drug that costs a fortune, or sign up for dangerous research? No! Just power up your blender, visit your farmers market, spread out your yoga mat, and find your gym shoes. Dr. Dean Ornish came to worldwide attention in 1990 for demonstrating that plant-based diets and lifestyle changes can halt and reverse heart blockages in even very sick patients. Subsequently he published a new study with Dr. Elizabeth Blackburnon the results of his lifestyle program on telomere length in humans. He studied 35 men over five years with low grade prostate cancer being watched by their urologists. Dr. Ornish had previously published results showing that his lifestyle program lowered PSA levels in these men, transformed their blood into a prostate cancer killing elixir, and shut off many harmful genes, while turning on many healing genes.

In terms of The Telomere Effect, Drs. Ornish and Blackburn reported that the 10 men who followed the Ornish lifestyle program showed telomeres that were 10% longer than at baseline while the 25 men in a control group had telomeres that were 3% shorter on average. The more adherent subjects were to the program, the more the telomeres lengthened. Lifestyle changes were successfully demonstrated to have anti-aging effects at the gene level!! The program used to activate telomerase included 4 components 1) Dietary changes: He found that a low-fat (10% calories), whole foods, plant-based diet, high in fruits, vegetables, unrefined grains, legumes and low in refined carbohydrates. The diet was supplemented with one daily serving of tofu and a soy protein powder drink, selenium 200 ug, Vitamin C 2 gm, fish oil 3 gm and Vitamin E 100 ug every day, 2) Moderate aerobic exercise: walking 30 minutes 6 days a week 3) Stress management:gentle yoga-based stretching, breathing, meditation, imagery and progressive relaxation 60 minutes 6 days a week 4)1 hour group support one day a week.

In the The Telomere Effect, Dr. Blackburn lists foods that may shorten telomeres (red meat, white bread, sweetened drinks, saturated fat, soda, and excessive alcohol consumption) and foods that are associated with longer telomeres (whole grains, vegetables, nuts, legumes, seaweed, fruit, and coffee). For now, the best anti-aging strategies do not cost thousands of dollars and do not take place in hospitals and clinics. You’ll find them in your homes, yoga centers, and farmers markets. In addition, Dr. Blackburn’s book reminds us of the need to limit or eliminate saturated fats such as butter, cheese, and animal meats.