Want to Know How to Eat Like a Vegan Cardiologist? Check Out This Restaurant 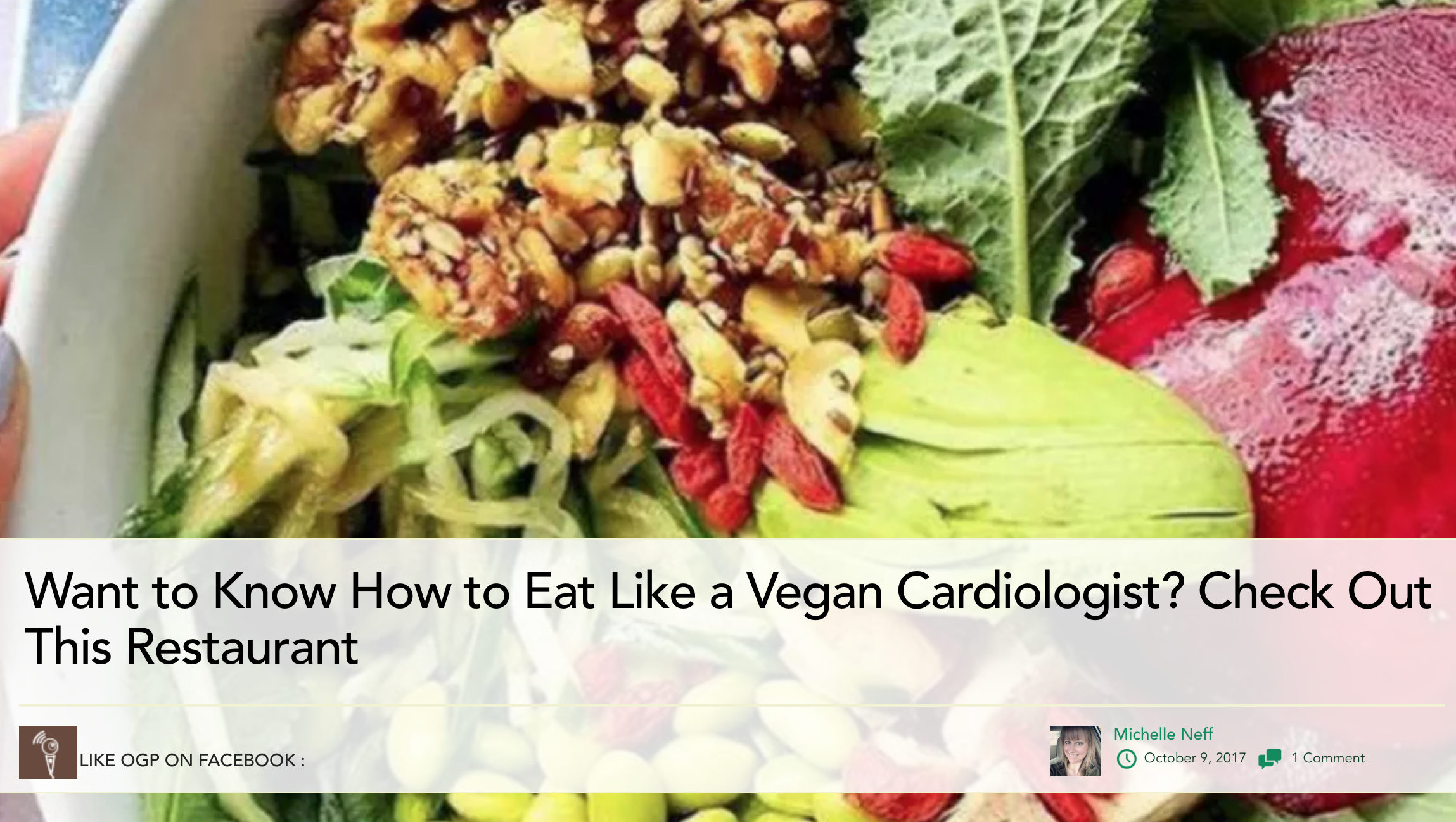 Happy dance! Plant-based doctor Joel Kahn, more popularly known as America’s Heart Healthy Doc, is expanding his vegan cafe, GreenSpace Cafe and opening a second restaurant called GreenSpace Grille and Go in the Royal Oak suburbs of Detroit. The sister restaurant is slated to debut in 2018 and will offer ready-to-go entrees, such as burgers, tacos, baked goods, and juices. Yum!

According to Kahn, ingredients are sourced locally and contain no GMOs or preservatives. “‘Fast food’ and ‘healthy’ rarely occur in the same sentence,” Kahn told Plant-Based News, “but that’s what we’re bringing to this busy stretch of Woodward.”

Dr. Kahn has been busy in his efforts to bring vegan food to the masses, having launched a vegan food truck, Greenspace Jungle Truck, this summer. The food truck offers up tasty dishes such as jackfruit-filled sliders, macaroni and cheese and Mexican street corn, items which will also be featured at Greenspace Grille and Go.

Eating plant-based meals when dining out is no longer the fringe trend it once was, thanks to people like Kahn. A recent study revealed that nearly 40 percent of Americans are choosing to avoid meat entirely when eating out at restaurants and are picking plant-based options instead! Considering this trend is better for people’s health (as lauded by Dr. Kahn), as well as animals and the environment, we couldn’t be more excited to see the expansion of plant-based eateries.

Want more tips on how to eat from a plant-based doctor? Check out this recent episode of #EatForThePlanet with Nil Zacharais.