Why a Low LDL-Cholesterol Still Matters a Lot For Your Health: New Science to Know 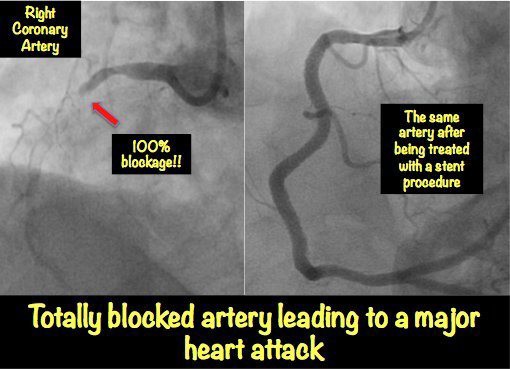 Any debate about the role of controlling abnormal lipid levels in patients at high risk for or with known coronary or vascular disease was resolved when exhaustive analyses on the role of LDL and atherosclerosis were published. These studies examined genetic, epidemiologic, and clinical studies as a consensus statement of the European Atherosclerosis Society.

The introduction of PCSK9 inhibitors, a new class of injectable cholesterol lowering medications that are highly effective, alone or in conjunction with statins or ezitimibe therapy, permits reductions in LDL cholesterol to levels never before achievable. In a study just presented at the American Diabetes Association meeting, patients with type 2 diabetes and prior acute coronary syndromes were studied while treated with alicrocumab, a PCSK9 inhibitor. The therapy reduced the relative risk of coronary heart disease death, non-fatal myocardial infarction, ischemic stroke, or unstable angina. A potential advantage of PCSK9 inhibitors in diabetic patients is that while statins may increase glucose abnormalities, to date, injections with these drugs have not shown any adverse impact on metabolic measurements. In fact, in this trial, called ODYSSEY Outcome, the mean HbA1c was lower on therapy than in placebo treated patients. New onset diabetes had a hazard ratio of 1.0.

Further recent advances in lipid therapy are two developments in regards to the role of lipoprotein(a) or lp(a) in atherosclerosis. In terms or medical recordation, an abnormality of lp(a) was assigned two codes in the ICD 10 classification that go into effect October 1, 2018. Code E7841 will be used for elevated lipoprotein(a) and Z83.430 will be used for a family history of elevated lipoprotein(a). This was announced by the Lipoprotein (a) Foundation after an application in 2017 for designation of this “genetic, sticky, fatty lipoprotein particle in the blood”.

The second advance was the publication of a Mendelian randomization analysis of the potential impact of lowering lp(a) levels on clinical coronary heart disease (CHD) events. Nearly 200,000 patients and controls were used to model the potential impact of lowering lp(a). CHD events were linearly proportional to the extent of lowering of lp(a). A 10 mg/dl lower genetically predicted lp(a) concentration was associated with a 6% lower CHD risk. Analyzed another way, a change in lp(a) of 101 mg/dl had the same risk reduction as a drop in LDL cholesterol of 39 mg/dl.