Zonulin Blockers: Could They Be The Answer To Gluten Sensitivity? 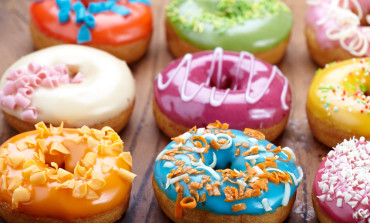 When I was training to be a cardiologist, I didn’t hear much about celiac disease, wheat, or gluten. They were not standard lecture topics, and I don’t remember any cardiology conferences dedicated to them. I’ve been playing catch-up on these increasingly important issues by reading literature, attending lectures, and hanging with the Kings of Gluten.

One of the most astonishing breakthroughs in our understanding of gluten is how, in susceptible people, the proteins in wheat known as gluten (gliadin and glutenin) prompt an immune reaction that damages the GI tract. This can lead to all kinds of illnesses, ranging from subtle to dramatic.
Right now the best choice for people with celiac or gluten sensitivity is to avoid all gluten-containing foods. The good news is that scientific discoveries may soon provide another option.
How gluten affects people with celiac disease and gluten sensitivity
People with celiac disease and gluten sensitivity may have dramatic changes in the appearance of GI tract; essentially this amounts to an autoimmune war of cells. A key consequence of the damage is that the normally tight junctions that bind cells lining the GI tract become loose.
When these junctions are loose, the contents of the GI tract can enter the wall of the bowels and make it all the way to our bloodstream instead of the toilet.
Many studies have shown that after a fatty meal, a wave of inflammation and bacterial toxins called endotoxins, enter the bloodstream and may remain present for hours. If you’ve ever rubbed your tummy after gorging on processed foods and exclaimed, “I feel like sh-t” you have been scientifically accurate.
When gliadin is present in the intestines of those with celiac or gluten sensitivity, a newly discovered protein called zonulin is released into the gut. This protein was identified by the laboratory for Dr. Alessio Fasano, one of the Kings of Gluten, and is now thought to have a potential role not only in celiac disease but also Type 1 diabetes, obesity and other immune illnesses.
Zonulin has been shown to be the “crowbar” that opens tight junctions, and leads to autoimmune responses such as a leaky GI tract.
Tests are being developed to measure blood levels of zonulin. This may revolutionize our understanding of GI, autoimmune, and other systemic diseases.
More potentially good news: Dr. Fasano and colleagues are working on a molecule that is a zonulin blocker (AT-1001) with a pharmaceutical company. Human trials are underway to see if a patient with celiac disease will be able to eat wheat products without damage by using the blocker. This would be a wonderful breakthrough, essentially permitting 1% of the population to have their cake and eat it, too.
Originally posted on MindBodyGreen.com