Does it Matter What TIME of Day You Take Your Blood Pressure Medications? 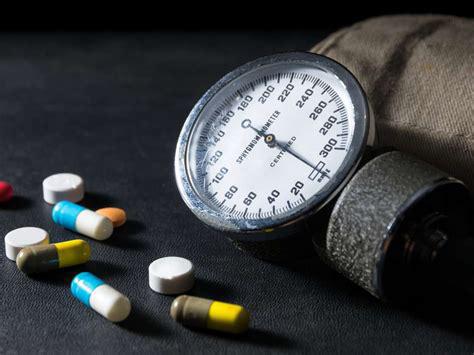 More than a billion people have high blood pressure (HBP) worldwide.  High blood pressure, also known as hypertension, is the leading global cause of premature death, accounting for almost ten million deaths in 2015, of which 4.9 million were due to ischemic heart disease like heart attacks and 3.5 million were due to stroke. Blood pressure at night is a better predictor of cardiovascular outcomes than daytime blood pressure, and there is previous evidence that antihypertensive drugs taken in the evening rather than in the morning reduced night-time blood pressure to a greater extent. The previous Hygia Chronotherapy study from Spain indicated a protective effect of nocturnal dosing on cardiovascular events. Is this true? Does the time you take your HBP medications matter?

Overview: A randomized trial in the United Kingdom in more than 21,000 patients with HBP followed for over five years was presented recently at a medical meeting in Barcelona, Spain. The study concluded that protection against heart attack, stroke and vascular death is not affected by whether antihypertensive medications are taken in the morning or evening and contradicts previous findings.

The Study: The study was called TIME and was a large prospective, randomized trial. Adults taking at least one HBP medication were randomized 1:1 to take their usual antihypertensive medication in the morning or the evening. The composite primary endpoint was hospitalisation for nonfatal myocardial infarction or nonfatal stroke, or vascular death, in the intention-to-treat population. Information on hospitalisations and deaths was obtained from participants by email and through record linkage to national databases and further data was gathered from family doctors and hospitals and independently adjudicated by a committee blinded to allocated dosing time.

Results: A total of 21,104 patients were randomised, 10,503 to evening dosing and 10,601 to morning dosing. The average age of participants was 65 years, 58% were men and 98% were white. The median follow-up duration was 5.2 years but some were in the study for over nine years. The primary endpoint occurred in 362 (3.4%) participants in the evening dosing group (0.69 events per 100 patient years) and 390 (3.7%) in the morning dosing group (0.72 events per 100 patient years). The small difference was not statistically significant. Taking medication in the evening was not harmful.

Comments: Principal study investigator Professor Thomas MacDonald of the University of Dundee, UK said: “TIME was one of the largest cardiovascular studies ever conducted and provides a definitive answer on the question of whether blood pressure lowering medications should be taken in the morning or evening. The trial clearly found that heart attack, stroke and vascular death occurred to a similar degree regardless of the time of administration. People with high blood pressure should take their regular antihypertensive medications at a time of day that is convenient for them and minimises any undesirable effects.”

Conclusion:
Their are many ways to lower blood pressure using natural techniques used at the Kahn Center. However, if medication for HBP is needed, the time of day medication is taken is not a critical factor. Just take it on a regular and consistent basis. Although diuretics are rarely used at the Kahn Center, they are best taken in the AM to avoid excessive trips to urinate during sleeping hours.