Ground Flaxseed as Medicine: A Blood Sugar Benefit to Use! 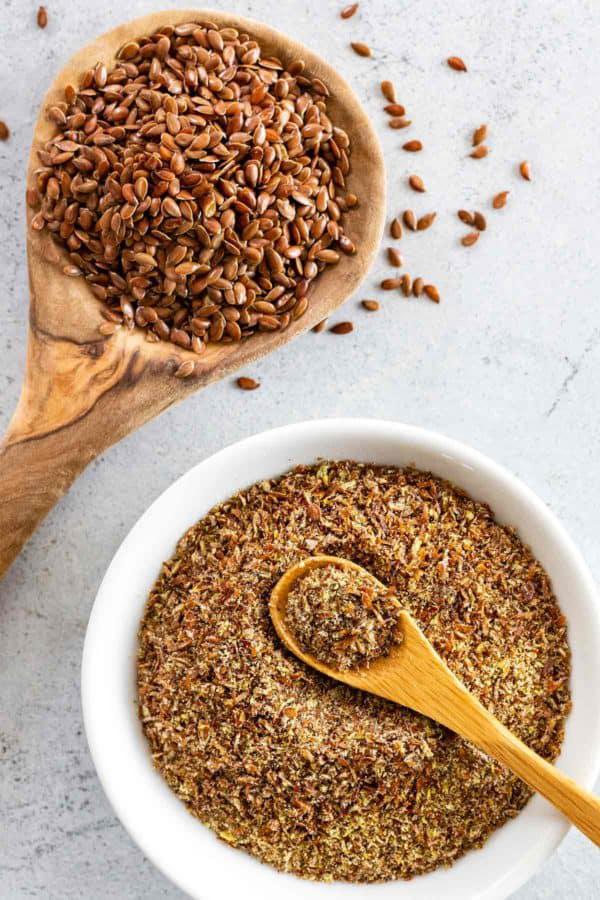 Prior studies have shown that ground flax seed, about 2 tbs a day, added to food, can lower blood cholesterol and blood pressure. What about blood sugar after meals?

This was a randomized crossover clinical trial. Nineteen men with T2DM were randomly assigned a standardized breakfast without (control) or with a previous intake of 15 g of ground raw golden flaxseed (flax). Blood sugar was measured at fasting and after meals at 15, 30, 45, 60, 90, and 120 min. Palatability markers (visual appeal, smell, and pleasantness of taste) and taste intensity (sweetness, saltiness, bitterness, sourness, and creaminess) were evaluated.

The peak glucose rise and the 2 hour blood sugar average response reduced in the flax group by 17% (p = 0.001) and 24% (p < 0.001), respectively. Palatability, and taste parameters did not differ between the two groups.

Ingestion of 15 g of ground raw golden flaxseed before breakfast decreases the 2 hour postprandial glycemic response in men with T2DM. The findings have practical implications as ground flaxseed is wildly available and represents a simple and affordable dietary strategy to be adopted by individuals with T2DM to improve glycemic control as well as those seeking to avoid diabetes, hypertension, and elevated cholesterol readings.