Twice-monthly health columns are written by a practicing cardiologist, clinical professor at Wayne State University School of Medicine and founder of the Kahn Center for Cardiac Longevity in Bingham Farms. He’s an author and has appeared on national TV, including “Dr. Oz” and “The Doctors Show.”

Holidays are a traditional time for families to gather for rituals and celebrations. Gathering in groups is again difficult in late 2021 due to the seemingly endless pandemic. Inability to share traditions at home and in public places can have a health impact.

That’s evident from studies of Roseto, Pa., a 1,600-person town settled by southern Italian immigrants in the 1880s. For decades, the people of Roseto preserved traditions and lifestyles from the old country. In the 1950s, the town began to gain attention when it was reported that deaths due to heart disease were dramatically lower than neighboring towns that were more typical “American.”

For example, in the nearby town of Bangor (population: 5,000), there were 79 heart attacks from 1935-44, compared to just nine in  Roseto. Although the two towns are just a mile apart, they continued to show the same dramatic disparity in congestive heart failure and overall death rates for the next few decades.

What did researchers observe to explain decades of almost complete freedom from heart events in Roseto? Many Roseto residents smoked cigars, worked in foundries, fried their meatballs, and ate cheese and salami with abandon. What they found was that life in Roseto was much different than surrounding areas.

Grandparents lived with grandchildren and many households had three or four generations under the same roof. Strong ties brought community-wide celebrations for life cycle events and religious ceremonies. No one needed to feel alone or without support and friendships. There was virtually no crime, no locked doors, and no need for social welfare activities by the government as people took care of their own. 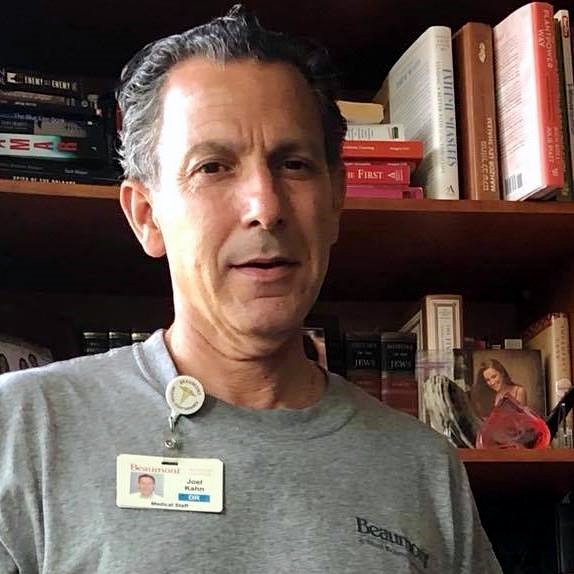 Joel Kahn: “Reach out to family, friends and community to avoid feeling lonely.”

Beginning around the mid-1960s, traditions began to crumble. Children began to move away, attend universities, marry outside the community, buy fast-food meals and embrace American suburban life. The introduction of a Western lifestyle with long hours of work and social isolation increased stress. A processed food diet produced a quick jump in heart attacks and deaths due to atherosclerosis.

Sadly, even today, it’s rare to see a medical student who has learned to inquire about a patient’s social support, circle of friends, family ties and feeling of security. What Roseto taught us is that we humans are social animals who fare best when not alone or isolated. The price of isolation in 2020 and 2021 has been at least as high as poor diets, stres, exposure to toxins and fitness.

What to do? Cardiovascular disease remains the main threat to our health. Following a heart healthy lifestyle by shunning smoking, building in consistent fitness and sleep, and eating from the garden and produce department are key habits to build. This holiday season, reach out to family, friends and community to avoid feeling lonely.

The quality and quantity of relationships is a path to enhance all aspects of our lives, as Roseto’s experience taught us.