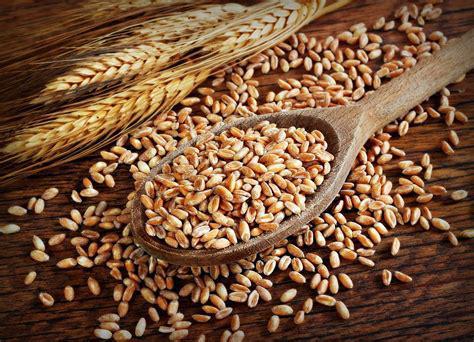 Grains can be delicous. A toasted piece of whole grain bread with a thin coating of avocado spread is a favorite for many. Are whole grains a healthy choice for the heart? Is there a difference between whole grains and refined grains (think a plain bagel) on heart health?

New Research to Be Presented

The study focussed on the link between refined and wholegrain intake and the risk of premature coronary artery disease (PCAD). This refers to the atherosclerotic narrowing of the coronary arteries in men under 55 and women under 65.

Mohammad Amin Khajavi Gaskarei, MD, of Isfahan, Iran and the study’s lead author, said: “There are many factors involved in why people may be consuming more refined grains as opposed to whole grains and these cases differ between people. A diet that includes consuming a high amount of unhealthy and refined grains can be considered similar to consuming a diet containing a lot of unhealthy sugars and oils.”

Wholegrain, which contains the endosperm of the grain, is found in whole-wheat flour, bulgur, oatmeal and brown rice. Because the latter contains significantly more fibre than refined grains, it helps the body feel full and satisfied, which can help maintain a healthy weight.

Not only does it protect against heart disease, but it has also been linked with a lower likelihood of diabetes, certain cancers and other health problems. It differs from refined grains in that it still contains the bran and germ. Refined grains, on the hand, have had their bran and germ removed.

The findings emerged from a study of 2,099 people given food frequency questionnaires for dietary assessments of their dietary behaviours. After taking other confounding factors into account, researchers found higher intake of refined grains was linked to an increased risk of PCAD, while whole grain intake was related to a reduced risk of PCAD.

Researcher Khajavi Gaskarei added: “As more studies demonstrate an increase in refined grains consumption globally, as well as the impact on overall health, it is important that we find ways to encourage and educate people on the benefits of whole grain consumption.

“Tactics to consider include teaching improved dietary choices in schools and other public places in simple language the general population can understand, as well as on television programs and by continuing to do high-level research that is presented at medical conferences and the public in medical journals. Clinicians must also be having these conversations with each other and their patients.”

Whole grains have been reported over and over to be a healthy component of heart supportive diets. A recent report by the Global Burden of Disease study group found that more whole grains, nuts, and legumes were associated with reduced mortality in follow-up in a massive study. This new report, not yet published, supports eating whole grain breads, brown rice, bulgur, oatmeal, and other unrefined grains.